“They say that time changes all things, but you actually have to change them yourself.”
Andy Warhol

“They are so familiar and embedded in our business, which makes my job easier in so many ways, they become part of the furniture and make you feel at ease – it’s like being in the lounge room with them.”

“The difference isn’t the content, it is the way they connect with the group”

“They are gutsy and not afraid to nudge employees outside their comfort zones. They ask the hard questions”

“Theatrical component engages, is an edge and gives individuals confidence they need to realise strengths.”

“Our follow-up OCI survey shows a significant shift in “self-actualisation” and “achievement” scores resulting from their work.”

People and organisations are all different, as are our initiatives to support change. We don’t do off-the-shelf or training 101.

We meet your people where they are at, we make strong connections and we keep it real, but we don’t take ourselves too seriously. 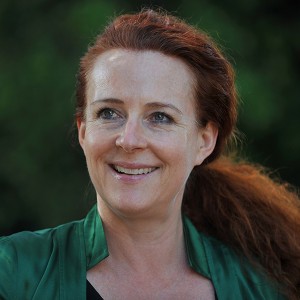 Sydney born and bred, Georgina caught the performance bug at a young age and was acting professionally by the time she was 15. A ten-year stint on the stage and screen followed, but after doing a bit of corporate acting, Georgina developed a deep fascination with what makes people and groups tick.

Spurred by her love of learning, Georgina went on to study applied psychology. She then spent some time developing educational workshops for cancer survivors as part of a psychosocial research project at Sydney University.

Georgina leapt at the chance to work in change consulting, seeing it as the perfect opportunity to combine her behavioural knowledge and creative side. She spent several years at Primed Consulting in Sydney before moving to Somersault Consulting in Melbourne, where she further refined her unique coaching style.

Her acting background lets Georgina build meaningful connections with everyone from CEOs to frontline staff. At the same time, her analytical skills and psychological expertise mean she can translate high-level HR strategies into tailored, practical behaviours that make teams and individuals thrive.

When she’s not working at Changeable, Georgina mentors young women setting up arts-based businesses and social enterprises. Her best gig is mother to Scarlet and Frederica, but she also keeps some time aside for music, literature and revisiting her roots with a trip to the theatre. 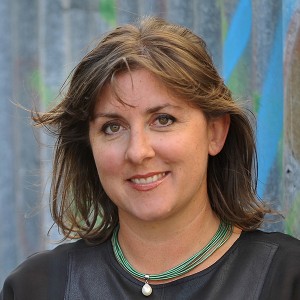 Sam Crock knows a thing or two about change.

Hailing from a farm in rural Victoria, Sam wanted to do more than marry the local football hero. So she studied music at university, playing in a variety of orchestras and ensembles and developing her exceptional ability to ‘tune in’ and respond to other people’s behaviour.

Sam had always had an itch to teach others, so she went back to university to study Education. After a stint as music director at a large secondary school, Sam decided to apply her educational talents to the business world by taking up a position at the prestigious Melbourne Business School.

During her seven years at the MBS, Sam designed and developed executive leadership programs that helped strengthen links between corporate Australia and the academic sector. Her creativity also got a run, including an innovative collaboration with the Bell Shakespeare Company that used Shakespeare’s plays as inspiration for leadership lessons.

Sam’s career-defining moment came during an intensive training course in team dynamics at London’s renowned Tavistock Institute. It was here that Sam’s eyes were fully opened to the immense power of groups and the importance of a healthy team to first-class performance.

Working for the Graphic Arts Merchants Association of Australia and Somersault Consulting gave Sam plenty of chances to utilise her group smarts and coaching skills. But it wasn’t until she co-founded Changeable Consulting with long-time collaborator Georgina Banks that the two of them perfected the personal, relationship-focused approach they use today.

Sam’s business acumen, creativity and educational flair make her the ideal person to drive organisational change. Her down-to-earth attitude instantly puts employees at ease, while her practicality and willingness to nudge people out of their comfort zone ensures change is significant and long-lasting.

Sam also volunteers as a director of the Intersticia Foundation, a philanthropic organisation dedicated to supporting new ideas from concept to reality. In her (somewhat limited) free time, you’ll probably find Sam making artisan cheese or getting her boots dirty on the sustainable farm she manages with her husband.

Everyone has the ability to change

Everyone should be part of a thriving workplace culture

By investing in your people and culture we believe this will translate into great outcomes for your organisation.

Between us we have worked with the following clients